Why the US not China threatens world peace

Linkedin
Facebook
Twitter
​A concerted attempt is being made by the US to raise tensions in the region surrounding China – in the South China Sea and elsewhere. This is in parallel to an attempt by some sections of the US media and think tanks to claim this is merely a response by the US to a rising China which is allegedly pursuing an ‘aggressive’ policy. Attempts are made to justify this by citing historical analogies, the most important one cited in the Western media by ‘neo-con’ opponents of China is that China’s rise is the same as ‘aggressive policies’ by Germany prior to 1914 – which led to World War I.
Examining this analogy to 1914 is indeed high illuminating – but in the exact opposite sense to the one of US neo-cons. The real lessons of this historical period were that the danger of war comes not from an economically rising power, today China, but on the contrary from a declining one – today the US. This is entirely logical. Time is on the side the rising power, China, which therefore seeks peace. In contrast, as before 1914, the danger of war comes from a declining power, at that time Germany and today the US, which may seek to strike before its relative decline becomes irreversible. This excerpt from my book The Great Chess Game (一盘大棋？中国新命运解析 罗思义) analyses the real lessons of 1914 regarding China’s and the US’s policies – which are the opposite to the anti-China claims made by some Western neo-con analysts.
​*   *   * 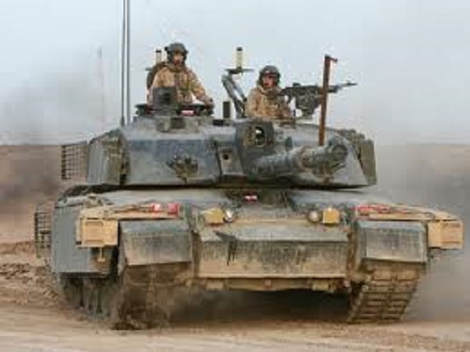 A fake historical analogy is sometimes put forward in the West regarding the rise of China and the situation prior to 1914 or sometimes prior to 1939 – one in which allegedly China plays the role of an aggressive Germany. For example, the US Brookings Institute has held international seminars on ‘Lessons from World War I: Is Today’s China the Germany of 1914?’. Benigno Aquino, the Philippines president, recently compared China’s maritime stance with Hitler’s demand for Czechoslovakian land in 1938.
There is in reality one significant relevance of this analogy – the period culminating in 1914 was indeed the last occasion that the dominance of the world’s largest economy of an historical period, then the UK, was replaced by another, in that case the US. Examining this analogy throws light on current issues – but it gives a totally opposite result to the slander against China, and casts a quite different light on the question of ‘who is playing the warmongering role of Germany?’
Suppose, for the sake of present argument, that in 1914 Germany decided to launch an aggressive war. Why do historians analyse this occurred? The reason was that while Germany was catching up with the UK economically, Germany was drastically losing the economic race with the US and its military position was deteriorating relative to Russia. Germany’s total economic growth in 1900-13 was 46% – lower than Russia’s 50% and almost a third lower than the US 66%. German Chief of Staff von Moltke’s notorious declaration in 1912 that ‘war is unavoidable and the sooner the better’ was explained by him in terms of the military strengthening of Russia compared to Germany and that the German army was beginning to become financially constrained. German ruling circles felt their position had passed the apogee of their power and Germany was now drastically weakening. Similarly, the obsession of Hitler’s Mein Kampf was not the struggle against weakening Britain, whose Empire he offered to guarantee on numerous occasions both in peace and war, but against the US. As Hitler wrote in Mein Kampff: ‘Many contemporary European States are like pyramids standing on their apexes. The European territory which these States possesses is ridiculously small when compared with the enormous over-head weight of their colonies, foreign trade, etc. It may be said that they have the apex in Europe and the base of the pyramid all over the world; quite different from the United States of America, which has its base on the American Continent and is in contact with the rest of the world only through its apex. Out of that situation arises the incomparable inner strength of the U.S.A. and the contrary situation is responsible for the weakness of most of the colonial European powers.’
China’s position is therefore the direct opposite of Germany in 1914. Far from China weakening compared to its most powerful economic rival, the US, China is the most dynamic economy of the period. China’s military position is still inferior to the US but growing stronger each day. The rational policy for China is therefore the polar opposite of aggression, it is to wait. Time is on China’s side, not against it. Indeed, on the pre-1914 analogy, the correct candidate for the aggressive role of the Kaiser’s Germany would be the US – a country whose relative military strength is currently at its peak but whose economy is less dynamic and rapidly growing than China’s. The more logical suspect for launching ‘pre-emptive war’, on the supposed 1914 German model, would therefore be the US. Indeed, if one wished to pursue this analogy, a great deal of evidence could be presented to support that thesis – the US has a proven record of launching aggressive, if unsuccessful, wars, with the debacle in Iraq being the latest example, and possesses a huge string of military bases in other countries, while China has no such record.
However, it is not ultimately worth pursuing this analogy too far –  it is not fundamentally in line with present reality. China has shown no tendency to geographical expansion. As The Great Chess Game analyses the possession of nuclear weapons, unless one country achieves a revolutionary military breakthrough, makes a war between major powers extremely unlikely – which is why the Cold War remained cold, not hot. Humanity, in short, can avoid the horrific global consequences that followed from the struggle to replace the former UK superpower. While frictions, and limited armed conflicts by proxy, are possible or inevitable given the huge historical scale of what is occurring, it is possible to avoid any full-scale world war as China rises and the US declines. But this outcome depends on China’s leadership showing wisdom in managing their country’s rise, the US people showing the great good sense that forced an end to wars such Vietnam and Iraq, and the rest of the world acting in such a way as to coordinate their own interests with the inescapable changes that will take place.
But it is clear the interests of the rest of humanity lie with the peaceful rise of China, based on the dynamism of its economy, and including the simple desire of its people for prosperity, not in the risk of pre-emptive war by the US. This is a further reason why humanity’s interests are those of the ‘great rejuvenation of the Chinese nation.’

​ ​In 1992-98 the greatest peacetime economic collapse in a major country since at least the Industrial Revolution ...
Read More →

This is an important year for Europe as economic slowdown is likely - the IMF projects EU growth ...
Read More →

Why a US-China ‘Thucydides Trap’ can be avoided

Discussion of a supposed China-US ‘Thucydides trap’ is based on a sentence from ancient Greek historian Thucydides ...
Read More →

This analysis of the the central necessity to defeat the US attack on Cuba for every progressive cause ...
Read More →

President Xi Jinping’s introduction of the term “Common Prosperity” has led to an important discussion both inside and ...
Read More →