This article analyses the way in which US neo-liberalism, introduced by Reagan, led to the deep destabilisation of US politics. 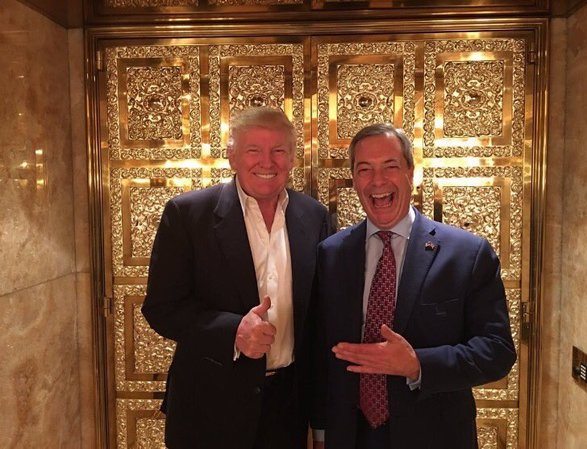 ​
US median incomes
There is no mystery as to the economic reasons for the deep political discontent shown during the US Presidential campaign. As Figure 1 shows US median household incomes by 2015 were still below the level of 16 years previously in 1999.  At the trough of incomes in the Great Recession, in 2012, US median household incomes were more than 9% below their 1999 peak level. The US population had therefore suffered more than a decade and a half serious fall in incomes – which would produce deep political discontent and anger in any country.
Figure 1 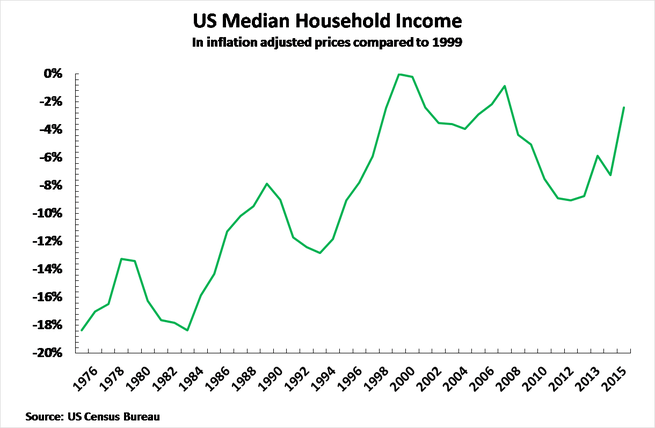 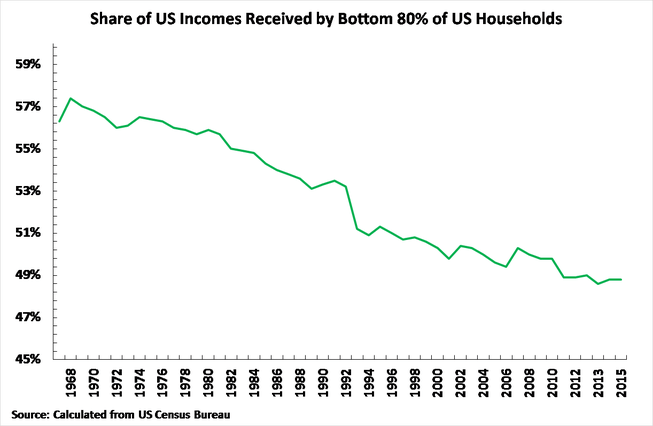 ​Conclusions
What conclusions that follow from these trends for China?
The first is clearly that the bogus claim put forward by Chinese neo-liberals that increasing inequality is a product of state monopolies is false. The US does not possess state monopolies but over almost four decades the US has seen a dramatic increase in inequality. Sharply increasing inequality is clearly rooted in the US neo-liberalism system.
Second, that the two Anglo-Saxon countries, the US and UK, in which the neo-liberal policies of Reagan/Thatcher were adopted have both now both experienced deep political destabilisation with the Brexit vote and the turmoil of the US Presidential election.
In summary, analysis shows that Reagan style supply side policies deeply damaged the US economy. The economic processes producing this are analysed in detail in my book The Great Chess Game (一盘大棋？中国新命运解析). But the deep turmoil in both the US and UK also shows that Reagan style supply side policies also deeply destabilised US politics.
Both the economic and the social reasons for China’s correct decision to reject Reagan style supply side policies are therefore entirely clear.
*    *   *
​This article analysing the lessons for China of political instability in the US was originally published in Chinese at Sina Finance Opinion Leaders on 27 October 2016 – that is immediately prior to the US Presidential election. The introductory section ‘Political Destabilisation’ has been updated to include events since the US election, the economic sections of the article are unaltered.

This analysis of the the central necessity to defeat the US attack on Cuba for every progressive cause ...
Read More →

​August 22, 2014 was the 110th anniversary of the birth of Deng Xiaoping. Numerous achievements would ensure Deng ...
Read More →

Why ‘China bashing’ is a disaster for the US people

The 2016 US Presidential election witnessed the greatest destabilisation in US politics since the Great Depression. This instability ...
Read More →

Economics textbooks, particularly when discussing Keynes, frequently contain an elementary economic confusion - it should be made explicit ...
Read More →

Class and Race in the US Presidential election

[The following article analysing the US Presidential election was written specifically for an audience in China. However it ...
Read More →