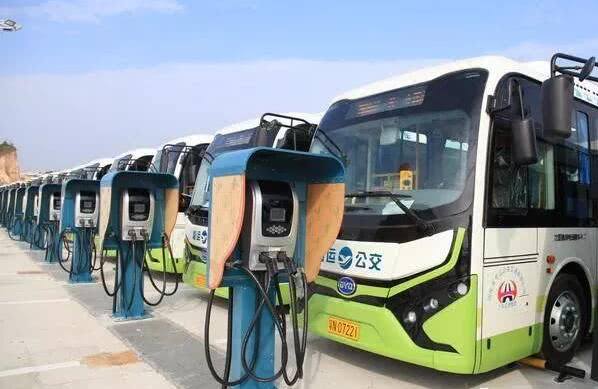 China’s leading international role in fighting climate change was strongly illustrated in a recent Bloomberg article pointing out that it was changes in China’s public transport system. not US electric car markers such as Tesla, that were playing a key role in reducing CO2 emissions. The reason is that public transport uses much heavier vehicles than cars and these run many more hours a day than cars.

This illustrates the process analysed recently on this site in China’s plans for Green Growth. As the earlier article noted: ‘China is already by far the world leader in electric vehicles for public transport. Shenzhen is the world’s first city to have a 100% electric bus fleet and this is extremely large – almost 16,000 vehicles. The next nine cities in the electric bus global top ten are also all in China and have thousands of vehicles. To show the scale of China’s lead, the next highest cities in the world after China are London and Santiago in Chile with roughly 200 each.’

For copyright reasons the Bloomberg article, which gives details of the impact of China, cannot be reproduced in full and readers are urged to look at it here. But these excerpts show the key role being played internationally by China’s public transport revolution.

‘By the end of this year, a cumulative 270,000 barrels a day of diesel demand will have been displaced by electric buses, most of it in China, according to a report published Tuesday by BloombergNEF. That’s more than three times the displacement by all the world’s passenger electric vehicles (a market where Tesla has a share of about 12 percent.)…

‘For every 1,000 electric buses on the road, 500 barrels of diesel are displaced each day, BloombergNEF estimates. By comparison, 1,000 battery electric vehicles remove just 15 barrels of oil demand…