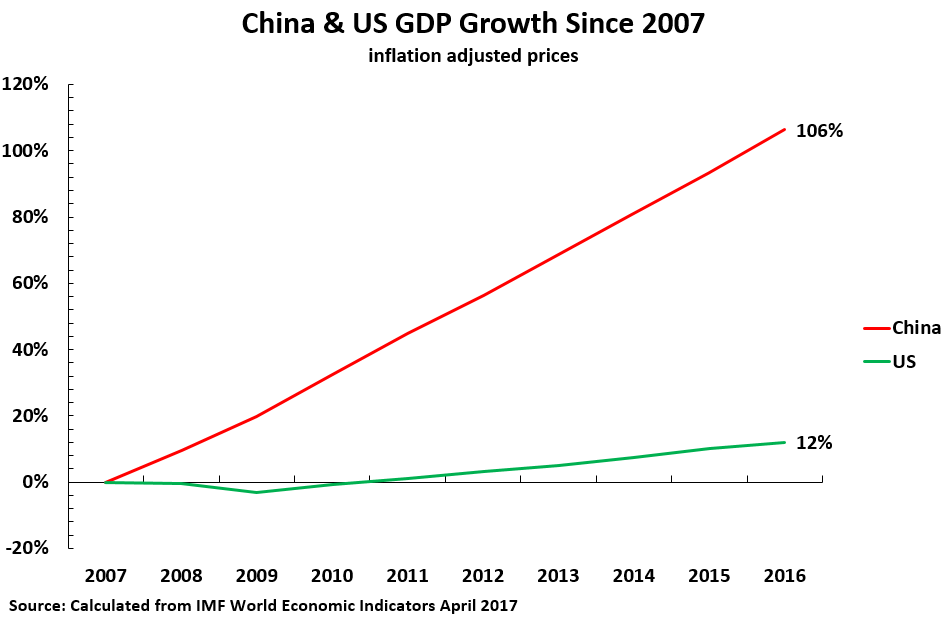 Foreign Policy magazine presents itself, and often is, a serious US source of analysis of international relations. However its dogmatic blinkers on China, its failure to face facts, lead it to sometimes publish almost comically  inaccurate analyses of China’s economy.
​A classic case comes in the recent issue in an article entitled ‘China’s Seen Globally As Gaining Ground on United States’. This examines a recent Pew international opinion poll asking the question whether the US or China was the world’s largest economy.
​The correct answer is that it depends how the measurement is made. If it is made in internationally comparable prices, purchasing power parities (PPPs), the IMF and World Bank acknowledge China has overtaken the US to become the world’s largest economy (PPPs are generally preferred by Western economic institutions). As developing countries currencies are undervalued in real (that is internationally comparable price) terms if the measure is made at current exchange rates then the US remains the world’s largest economy. So both those who claim that China and the US are the world’s largest economies have evidence to back their perception!
​But what is virtually laughable is that the article, instead of discussing this serious issue, puts forward the following analysis: ‘given China’s deep-seated economic woes — rising labor costs; crushing corporate and government debt; woefully inefficient state firms; rampant pollution; a dearth of arable land and clean water; and a shrinking workforce — many experts are a lot more worried about a Chinese slowdown than about Beijing stealing the global economic crown.’
​To make a serious comparison of the state of the Chinese and US economies the graph below shows the growth of China and the US since the beginning of the international financial crisis. Since 2007, the last pre-international financial crisis year, the US economy has grown by 12% while China’s economy has grown by 106%. Since the international financial crisis began China’s economy has grown by almost nine times as much as the US economy. But according to the analysis it Foreign Policy it is the not the US that has ‘deep-seated economic woes.’ This is an apparent attempt to copy in economics the logic of Alice Through the Looking Glass – the famous book the principle of which is that everything is reversed compared to the real world. If one economy is growing nine times as fast as another supposedly, according to Foreign Policy’s analysis, it is the fast growing economy that is in ‘deep-seated woes’ 🙂
​As Western ‘China experts’ who write inaccurate predictions and analysis on China like to have their views forgotten in time for their next pronouncement this site keeps a record on a section ‘Wrong Analyses of China – Listed by Author and Date‘. The latest analysis in Foreign Policy has duly been added to it. 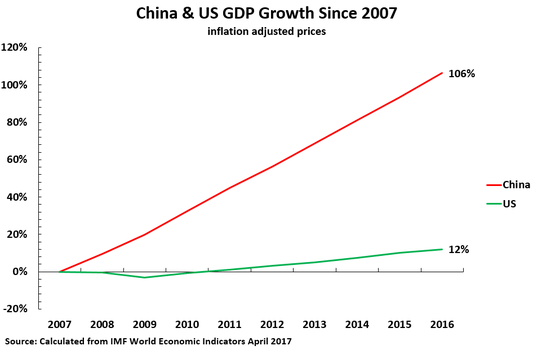