Why China will grow rich long before it grows old

Linkedin
Facebook
Twitter
One of the biggest myths about China’s economic growth, which is the greatest in a major country in human history, is that it is primarily due to massive inputs of labour. This is entirely false, as is shown below – China’s very rapid growth is overwhelmingly due to its very high rate of investment and very high rate of productivity growth.

This error leads to a second one – that demographics are the decisive factor in China and that due to the one child policy, which means that China’s population of working age has stopped growing and will begin to somewhat contract, therefore China’s economic growth will drastically slow down. This is popularly put as the argument that ‘China will grow old before it grows rich’. A typical example of this error was David Pilling who claimed in the Financial Times:

‘In 2011, its [China’s] workforce shrank for the first time… Japan reached a similar turning point in about 1990. Ominously for China, that was just before its economy sank into two stagnant decades. By then, its living standards were already at nearly 90 per cent of US levels. In purchasing power parity terms, China’s per capita income is still below 20 per cent…

‘In his book, Stumbling Giant: The Threats to China’s Future, Timothy Beardson identifies demographics as the single-biggest obstacle to China’s dream of becoming rich and powerful. He pinpoints… areas where the population time bomb ticks the loudest.

‘The first is growth. China is reaching the end of a 35-year period when it was able to conjure gross domestic product simply by shifting workers from low-productivity farm jobs to higher-productivity factory ones. The song of China’s miracle has a three-word refrain: “Just add people.”‘[1]

Regrettably this is a classic example of confusion due to lack of quantification – thereby concealing the factual situation. The argument commits two basic errors. First, far from ‘the song of China’s miracle’ being ‘just add people,’ in reality increase in labour supply played a small role in China’s economic growth – as demonstrated below. Second, this argument does not understand that capital investment, not labour supply, is the biggest factor in economic growth both globally and in China. This article therefore analyses the real factors in China’s growth and shows conclusively ‘China will grow rich long before it grows old’. 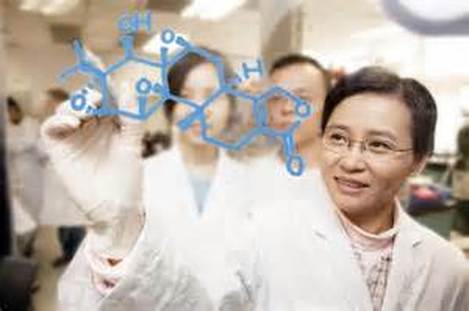 ​The announcement of the relaxation of China’s one child policy created great discussion in China and internationally. But its significance was widely misunderstood. Contrary to myth, the increase in China’s labor supply plays little role in China’s rapid economic growth. In reality, 96 percent of China’s economic growth comes from factors other than a rising labour supply. Therefore, there is no reason why China’s economy should slow significantly because China’s working age population stopped growing in 2012. The mistaken view, sometimes expressed, that China will ‘grow old before it becomes rich’ is therefore the reverse of the reality: China will grow rich before it grows old. To demonstrate clearly why, first the facts will be stated and then their implications analysed.

Even an elementary back of an envelope calculation shows why increases in China’s working age population have made only a relatively small contribution to China’s economic growth. Indeed, this is so immediately clear it is somewhat of a puzzle that the myth ever existed in some quarters that China’s growth depended essentially on increases in labor and therefore China’s economic growth faces a serious ‘demographic challenge’ due to the end of the increase in the working age population.

But China’s GDP growth showed the exact opposite trend. Annual average GDP growth rate was 8.1 percent in 1983, 8.6 percent by 2000, and 9.3 percent by 2012. Therefore while the growth rate of China’s population was falling its economy was accelerating! This shows clearly changes in China’s labor supply were not the prime cause of its economic growth.

Making exact calculations shows the situation even more graphically. It might be naively imagined that as China’s working age population grew at 17 percent of the rate of its GDP increase therefore increases in labour accounted for 17 percent, which is under one fifth, of the increase in China’s economic growth. This contribution would already seem surprisingly small for those who believe increases in working age population was a major factor in China’s economic development, that China’s growth rate must therefore now necessarily fall sharply, and China will “grow old before it grows rich.” But in reality even 17 percent is a great exaggeration of how much increase in the labor supply contributed to China’s growth.

The reason for this is that the increase in the amount of time actually worked grows more slowly than the increase in the working age population. This is because the period of time spent in education rather than work tends to increase, vacations tend to get longer reducing the number of days worked, and other factors.
​
To show the effect of this, the chart shows the sources of China’s GDP growth in 1990-2010 — the latter being to the latest date for which international comparisons are available. As can be seen, 64 percent of China’s growth was due to investment increases, 30 percent to increases in productivity, and only 6 percent to increases in labor. China’s rapid economic growth was therefore overwhelmingly driven by increases in investment and increases in productivity with increases in the labour supply playing only an extremely small role. Given its growth rate, eliminating the entire increase in labor into China’s economy would have taken only half a percent from China’s GDP growth.

The increase in China’s labor quality is 2 percent per year, in line with the average for developing countries. This has a modest scope to increase with higher expenditure on education and skills — the average increase in labor quality in a developed economy is 3 percent a year. Only 4 percent of China’s GDP growth comes from increases in the quantity of labor, which are affected by demographics.

In short, increases in China’s labor supply, due to expansion of the working age population, accounted for only 4 percent of China’s total GDP growth — less than half a percentage point of annual GDP growth!
Claims by those such as that by Financial Times writer David Pilling that “the song of China’s miracle has a three-word refrain: Just add people” are therefore absolute nonsense. Only 4 percent of China’s growth came from “adding people” and 96 percent came from factors other than “adding people!”

This does not mean no economic problems are created by China’s aging population. But these come from a completely different route than shortage of labor. The real economic difficulty China faces with regard to population is that people in work can save, while those not working, because they are too young or too old, generally do not save. The decline of the percentage of China’s population in work therefore tends to lower China’s household savings rate. As investment necessarily has to be financed by savings, this puts downward pressure on China’s investment rate, and as investment is the main source of economic growth not only in China but in most economies this could lower China’s economic growth. While the decline in China’s working age population does not pose a risk of significant economic slowdown due to lack of labor, it could cause a problem due to fall in savings.

But fortunately households are only one of three sources of savings. Of the other two, government savings are small in almost all countries, and usually negative. But company profits are the biggest source of saving in China. If savings via company profits were to increase, this can compensate for any decline in household savings due to the fall in the percentage of the population which is working.

Maintaining high growth in China therefore depends more on maintaining company profitability than it does on population. A decline in company profitability is a much more serious threat to China’s growth than any demographic factor. A rise in company profitability, through its effect in raising company savings, would be a far more powerful factor in maintaining China’s economic growth than relaxing the one child policy.
​
In summary, the claim that China faces a significant slowing of its economy due to population factors, and therefore China will “grow old before it grows rich,” is a typical example of myths created by engaging in woolly rhetoric without using numbers. Increases in labor supply play such a small role in China’s economic growth that the end of the rise in the working age population will have only a very small effect in reducing China’s growth rate. It is what happens to China’s productivity, and above all its investment, that overwhelmingly will determine its economic growth and therefore its prosperity. Provided the correct policies are pursued, China will certainly become rich before it becomes old.​

*   *   *
​This article was originally published in English at China.org.cn and in Chinese at Sina Finance Opinion Leaders in December 2013. Nothing in developments since then has changed the trend or the analysis.

When on 3 September 2015 China staged its Victory Parade, commemorating the Chinese People's War of Resistance Against Japanese ...
Read More →

IntroductionThe following article, published in September 1996, that is prior to the creation of the Euro, accurately predicted ...
Read More →

A Russian translation of my article 'China Faces Slower Western Growth than in the Great Depression' has been published ...
Read More →

Why Chinese neo-liberals are forced to falsify world history

China's economic discussions are the most advanced in the world - for anyone who follows them what passes ...
Read More →

What China achieving ‘moderate prosperity’ means for itself & the world