Linkedin
Facebook
Twitter
The dollar’s domination of the international monetary system, and the ‘exorbitant privilege’ it gives the US, to use the phrase of leading US monetary economist Barry Eichengreen, is clear. But is it possible to break the dollar’s dominance?
As China is the world’s leading rising economy, with an economy larger than the US in purchasing power parity (PPP) terms, and on course to overtake US GDP at current exchange rates in the coming decade, some people hope or believe the RMB may be able to displace the dollar’s dominance in the near term. This is what is sometimes hoped for in the term the ‘internationalisation of the RMB’. Others believe that the IMF’s Special Drawing Rights (SDRs) may displace the dollar’s dominance – perhaps in tandem with the RMB and Euro?
​This article explains, from the point of view of fundamental economics and economic theory why this is not possible, and why the dollar will continue to dominate the international monetary system for a prolonged period – measured in decades. This does not mean that the international use of the RMB will not increase – it will, but this will remain small compared to the dollar. It will take several decades for the RMB to displace the dollar. SDR’s will play a far smaller role than the RMB. 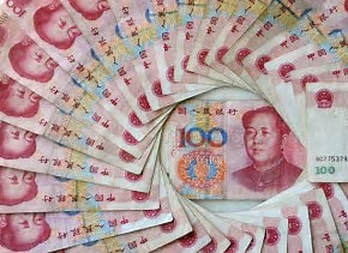 An earlier article, “COP26: Why Advanced Countries Must Proportionately Make By Far the Biggest Cuts in Carbon Emissions ...
Read More →

The following article, showing the way China has become the main strategic pillar of globalisation, was written to analyse Xi ...
Read More →

The new shape of world politics – disorder in the West, stability in the East

The following article on 'The New Shape of World Politics - Disorder in the West, Stability in the ...
Read More →

What is really behind Trump’s obsession with Russia

Two huge US geopolitical relations, with Russia and China, have dominated the early period of Trump's presidency. The strong clashes ...
Read More →

Coronavirus – anti-China propaganda brought a catastrophe to the West

Through tremendous sacrifices socialist China has brought the coronavirus under control – the number of new daily cases ...
Read More →