The damaging blind alley of US protectionism

Linkedin
Facebook
Twitter
​The damaging blind alley of US protectionismThe following article deals with the costs to the US economy of protectionism. The specific case it deals with is protectionism in relation to China. However the arguments apply to all strategies based on protectionism.
​*   *   * 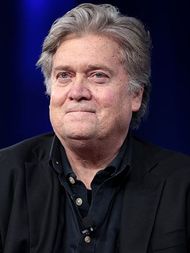 Steve Bannon, President Trump’s Chief Strategist, rightly identified the key importance of two speeches given by the Presidents of China and the US earlier this year. By counter posing the two Bannon himself intended to praise protectionist statements by President Trump against President Xi Jinping’s support of globalization: “I think it’d be good if people compare Xi’s speech at Davos and President Trump’s speech in his inaugural…. You’ll see two different world views.”
Unfortunately for Bannon most international commentators arrived at the opposite evaluation. Support for Xi Jinping’s policy approach came from groups well beyond those invariably sympathetic to China. Ian Bremmer, President of the Eurasia Group, the most influential Western ‘risk analysis’ company, for example noted: ‘Davos reaction to Xi speech: Success on all counts.’
But while support for Xi Jinping’s approach was perhaps to be anticipated internationally, because of its opposition to protectionism, what is not so generally understood is that China’s support for globalization is far more in the interests of the US population than Bannon’s protectionism. Explaining factually why is this article’s focus.

An example of the US tire industry
Starting with a case study, one of the most important recent examples of US protectionism was in September 2009 with imposition of a US tariff on import of Chinese tires. President Obama, in his 2012 State of the Union, address claimed over a thousand jobs had been preserved in the US tire industry by this. But this was a pure distortion of the overall effects on the US economy because the President did not mention far more jobs were lost in lost in the rest of the US economy due to this policy than were saved in US tire manufacturing while the cost to US consumers was quite extraordinarily high. It would have cost less than one twentieth of the price if instead the tire workers had been subsidized to the entire cost of their salaries rather than the tariff introduced.
The economic calculations are clear and readers are recommended to the study ‘US Tire Tariffs: Saving Few Jobs at High Cost’ by Hufbauer and Lowry of the Peterson Institute for details, of which the following are a summary.
US tariffs reduced tire imports from China by 67% – an intended goal. As it was a country specific tariff the great majority of Chinese tires were replaced by Mexican, Thai, Indonesian and other imports. Nevertheless, employment in the US tire industry rose by 1,200 – hence President Obama’s claim.
Nevertheless, tire imports from other countries were more expensive than China so the annual increase in the cost of tires to US customers rose by $1.1 billion. Consequently 1,200 US tire jobs were saved at a cost of $1.1 billion – over $900,000 each.
Furthermore, the average annual salary of US tire workers was $40,070. Therefore:

As Hufbauer and Lowry noted accurately: ‘Most of the money extracted by protection from household budgets goes to corporate coffers, at home or abroad, not paychecks of American workers. In the case of tire protection… fewer than 5 percent of the consumer costs per job saved reached the pockets of American workers ($48 million out of $1,112 million).

Indirect costs of protectionism
But these were only direct costs to the US economy and workers. The indirect negatives for US living standards and jobs were more severe. The $1.1 billion extra spent on tires could not be spent on other items, therefore other parts of the economy had lower sales and consequently suffered job losses. As ‘US Tire Tariffs: Saving Few Jobs at High Cost’ concluded: ‘By dividing the total number of workers employed in the retail services at the end of 2011 by annual sales… 3,507 retail sales jobs are created in the United States for every one billion dollars spent in the domestic retail market. The tire safeguards extracted an estimated $1,112 million annually from US consumers; at the same time, the safeguards put $48 million in the pockets of otherwise unemployed tire workers. The net effect was to reduce consumer spending on other retail goods by about $1,064 million, indicating that the safeguard tariffs probably cost around 3,731 jobs in the retail sector…. when the retail job loss figure is offset against… 1,200 manufacturing jobs saved, it appears that safeguards actually cost the American economy around 2,531 jobs.’
The actual effect of the tire tariffs was to cost US customers $1.1 billion and reduce the number of US jobs by 2,500!
There were possibly also other indirect losses. China raised tariffs on US chicken part imports soon after US tariffs were imposed on China’s tire exports – producing a 90% fall in US chicken part exports to China. China officially denied there was any connection between these actions but many economists point out that retaliation is an inevitable part of trade wars.
Therefore ‘US Tire Tariffs: Saving Few Jobs at High Cost’ concluded: ‘The big winners from the 2009 safeguard tariffs were alternative foreign exporters, primarily located in Asia and Mexico, selling low-end tires to the United States. Domestic tire producers were secondary beneficiaries. The members of the labor union that petitioned the ITC’s investigation received only a small share of the money extracted from the pockets of American households… Jobs created in the tire manufacturing industry were more than offset by the loss of jobs in the US retail sector. As an added consequence, US chicken firms lost export sales in the wake of Chinese retaliation.’
As alongside these losses in the US, Chinese tire makers lost this can entirely accurately be described as a ‘lose-lose’ outcome for both countries.

The overall costs of protectionism
It is important to be clear that the $900,000 costs per job ‘saved’ in the tire industry was not some extreme untypical example. Extraordinarily high costs for job ‘protection’ by tariffs are typical as findings have been repeatedly confirmed over a long time period. A 1986 survey of 31 industries found the cost to consumers per job ‘saved’ in industries with protectionism ranged, in 2016 prices, up to $2.2 million and averaged $516,000. A study in 1994 found that the average cost of protecting a job in the US by tariffs at that time was $275,000 in 2016 prices. The estimated cost of saving a job in the US steel industry in 2001 by tariffs was $490,000 at today’s prices.
So expensive are any jobs ‘saved’ in industries by protectionism that they cannot be used on a large scale -other factors affecting US jobs are far more powerful. As Nobel Prize winning US economist Paul Krugman noted: ‘the level of employment is a macroeconomic issue… with microeconomic policies like tariffs having little net effect.’ Indeed, as with tires, the microeconomic effects on jobs of tariffs are likely to be negative.
​
Consequences for US exporters
It should be noted that so far only negative effects within the US have been analysed. But increased costs in the US economy due to tariffs also raise the international cost base of US companies, thereby negatively affecting US exporters. Approximately one in eight US goods and service is exported, therefore the negative domestic effect of US tariffs extends into the international field depressing jobs and wages in US exporting companies. As Mark Perry, University of Michigan professor of finance and economics, noted in an analysis with the self-explanatory title ‘How Trump’s tactics for saving US jobs could kill them instead’: ‘Trump’s attempts to “bring jobs back to the US” or “keep jobs from leaving the US” will likely backfire and kill US jobs in the long run.’
Rick Newman in an article at Yahoo Finance analyzed the process whereby this occurred: ‘pressuring companies to accept higher production costs, which Trump is essentially doing, could easily backfire and destroy more jobs than if Trump were to do nothing.’ Specifically analyzing pressure put by President Trump on US air conditioner manufacturer Carrier Newman noted: ‘‘Carrier’s competitors include Trane and American Standard, both owned by Ingersoll-Rand, which is based in Dublin, Ireland; Rheem, headquartered in Atlanta; and Goodman, owned by Daikin, a Japanese conglomerate. Each has manufacturing operations all over the world. If any one company has higher costs than another—whether labor, components or anything else—its products will be more expensive than the competition and sales will most likely decline… compared with competitors able to undercut such firms on price… Businesses bear those higher costs as well, and they’ll have less money to hire people if other costs go up.’
It is equally a myth US tariffs will protect ‘high paying’, ‘middle class’ US jobs compared to ‘low paying’. As Tim Worstall at Forbes noted, analysing trends since the 1980s: ‘America has lost some 7 million manufacturing jobs and added some 53 million jobs in services. This is just what happens with advanced economies–it’s easier to increase productivity in manufacturing than it is in services… Thus, over time, [just as] the proportion of the workforce engaged in agriculture falls, so too does the proportion in manufacturing…
‘Further, of those 53 million new jobs some 62% of them were in higher paying occupations than those “high paying good jobs” in manufacturing we lost. Yes, really, 33 million higher paying jobs came along to replace those 7 million lost.’
Such realities regarding tariffs, naturally, do not mean tha
t the US population should not demand measures improve their wages and job prospects. It is simply that tariffs are not the method to achieve this. Instead measures such as job training, education and infrastructure investment are what is required. ‘US Tire Tariffs: Saving Few Jobs at High Cost’ put the real alternative to tariffs precisely: ‘tariffs extracted more than one billion dollars annually from American households, causing a net loss of jobs in the American economy, when job losses in the retail sector are off set against job gains in the manufacturing sector. Collecting a billion dollars in taxes or tolls, and spending the money on renewing dilapidated infrastructure, would create some 7,000 jobs in construction and many more in manufacturing, a far better outcome for the US economy.’

The international and historical significance of the...

How Singapore achieved a higher per capita GDP than ...

US is losing the battle for world public opinion to ...

The US is learning a trade war is truly ‘lose-lose’