China’s is the fastest growth by a major economy in human history – 40 years of China’s ‘reform and opening up’. 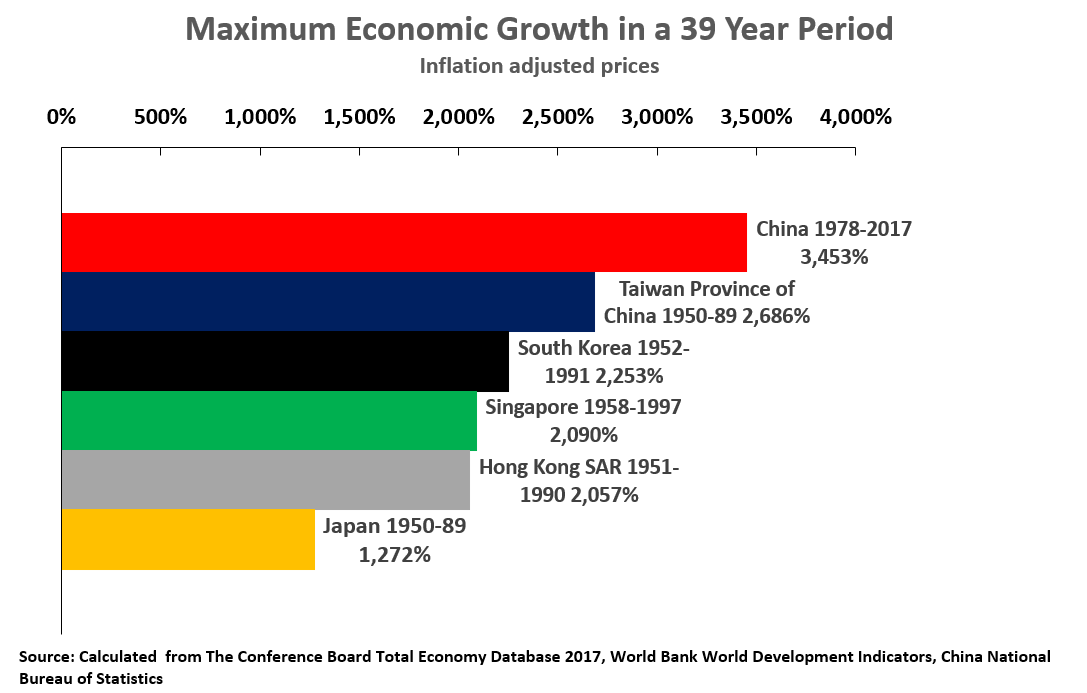 2018 marks the 40th anniversary of the beginning of China’s ‘reform and opening up’. This has produced in China the greatest economic achievement in human history – that statement is not meant as an exaggeration or as polite words, it is a simple statement of objective fact.

The ‘Western media’ is forced to attempt to factually conceal the scale of China’s achievement because to admit it would transform the world’s understanding of itself. For developing countries, the overwhelming majority of the world’s population, to admit this reality would show that the China’s ‘economic model’ is by far most effective practical way to achieve economic growth, to gigantically and rapidly improve the living standards of the average population, and to radically eliminate poverty. For the advanced economies China’s ‘socialist market economy’, with its decisive role of the state sector, but combined with a private sector, shows a clear and successful alternative to the failure of neo-liberalism in the ‘Washington Consensus’ and the austerity policies pursued by the advanced countries.

Most terrifyingly of all for the Western media China shows that the most successful economy in the world in producing economic growth and improving living standards is a socialist and not a capitalist one.

This first article simply deals with the speed of China’s economic development. The economic growth rate of China in 1978-2019 is the fastest in a major economy in human history.

But all these economies were very small compared to China. Taking really large economies, which are therefore more comparable to China, the fastest growth over a 39 year period ever recorded was Japan in 1950-89 when it expanded at an annual average 6.7% or by almost 13 times.

The facts are therefore clear. China’s is the fastest growth ever experienced by a major economy in the whole of human history. There are other features, which will be explored in this series of articles, which are equally striking, but this single fact alone establishes China as an unprecedented economic achievement. 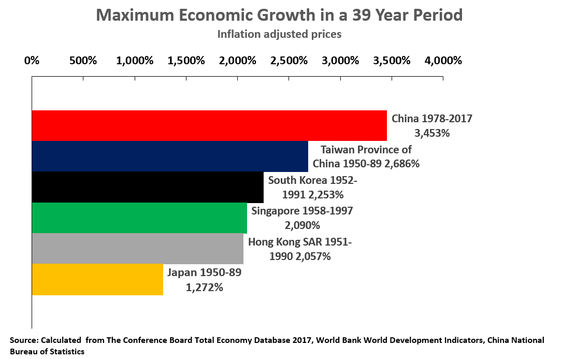