Linkedin
Facebook
Twitter
​Until recently, the big myth about China’s companies was their lack of innovation. That view is now being reassessed in a series of Western studies analyzing rapid innovation by China’s firms.

Ming Zeng’s and Peter Williamson’s Dragons at Your Door, Dan Breznitz’s and Michael Murphree’s Run of the Red Queen, Vijay Govendarajan’s and Chris Trimble’s Reverse Innovation, and Amitava Chattopadhyay’s and Rajeev Batra’s The New Emerging Market Multinationals are just a few of the studies showing that China’s companies are no longer competing just on low wages, but also on strong innovation.
One reason Western analysts are just now waking up to this fact is that they that have been looking in the wrong place and relying on a wrong definition of innovation. As Breznitz and Murphree correctly put it: “They look for the fabled creature of “true” innovation – a novel-product, innovation-based industry resembling the Silicon Valley. If they see it, they declare innovation policies a success; if they don’t, they warn that China’s growth is not sustainable.”
​
But in reality, the pair said: “For China, excelling in other kinds of innovation has been the key to economic growth. China has become the global center for many different stages of production. It has also developed a formidable competitive capacity to innovate in different segments of research, development and production that are as critical for economic growth as many novel-product innovations.” 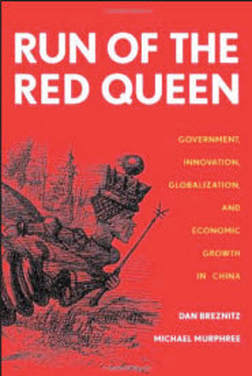 Stage of innovation
China is certainly not strong yet at the type of innovation illustrated by Apple’s iPhone or iPad. But there is no reason to think China should be strong at this stage of its economic development.

China’s per capita GDP today is equivalent to Japan’s in 1964 or South Korea’s in 1986. At those times, the two countries, as China is today, were no longer dominated by agricultural populations but had evolved into middle-income economies. At those times, Japan and South Korea led the world in steelmaking, shipbuilding, construction equipment and similar mid-technology industries – exactly the industries where China is becoming dominant today.

The introduction of new products is far from being the only criterion for innovation. Take a US car, as an example. The World Trade Organization found that only 37 percent of the value of that car is added in the US, 30 percent is created in South Korea, 17.5 percent comes from Japan and so it goes. Non-US companies contribute 63 percent of the value chain, and in many parts of it, significant innovation can be introduced by independent companies.

The old integrated production that characterized Ford-style mass production in the 20th century – iron going in one end of the factory and cars coming out of the other – is increasingly disappearing. In its place, numerous global specialist companies contribute to the final product in what might aptly be termed the “dispersed innovation network.”

An excellent study of how this creates opportunities for innovation at many different parts of the productive chain can be found in the book The New Industrial Revolution, by Financial Times reporter Peter Marsh.
As Breznitz and Murphree put it: “While American companies formerly had the organizational and innovative capabilities to run such large-scale operations, even in its heyday the American production system was focused on mass production and could not flexibly produce an array of products in the same place on the same production lines. Currently, capabilities of ultra mass-flexible production are unique to China.”

A classic case is China’s Wanxiang Group, which became the world’s leading supplier of universal joints for automobile drive shafts before expanding into a wider range of automobile components.

No threat
When Wanxiang first entered the market, US auto-parts company Visteon dismissed it as no threat. “Visteon doesn’t treat Wanxiang as a competitor,” said Visteon’s director of Asian-Pacific purchasing. “We are treating them as supplier of components for auto parts.”

The magnitude of this underestimation was illustrated by Wanxiang’s development. The company initially focused its strategy on the relentless improvement, both technically and in cost, of universal joints. In time, it became the world’s largest world supplier of these parts.

Wanxiang got its first foreign order from the Schiller Group, then a leading US auto-parts supplier. When Wanxiang refused to operate only as Schiller’s original equipment manufacturer, Schiller took away its business. By 1998, Wanxiang had so outmaneuvered Schiller internationally that the latter offered itself for sale to Wanxiang for only US$19 million. After selling the factories but retaining the intellectual property, Wanxiang acquired the key remaining technical assets of Schiller for only US$420,000.

By 2005, Wanxiang operated 38 companies in eight countries. It expanded from universal joints to other parts of the automotive drive systems – to brakes and finally to the whole chassis. Meanwhile, Visteon went bankrupt. Another example of radical innovation in China is the high-performance computer manufacturer Dawning.
​
Cost advantages
Dawning started with imported processors but rapidly developed its own motherboards, coding and modified operating systems. Because interactions between processors account for 50 percent of a computer’s performance improvements and superior chips for only 20 percent, Dawning concentrated its research on the former.

It didn’t even have to use the latest and most expensive processors to achieve world-class performance. That gave it enormous cost advantages over foreign competitors. By 2010 Dawning had produced the world’s second-fastest supercomputer and was introducing its own chip line Loongson. Another classic case is China International Marine Containers Group (CIMC), the world’s No. 1 producer of containers.

The company, which was dominant in China’s domestic market, expanded internationally by focusing on reducing costs – not by cutting wages but by radical innovations in raw materials procurement, transport and international financing.

As a result, CIMC reduced materials costs by 33 percent, and manufacturing and overhead costs by 46 percent. Consequently, even when competitors moved production to China, they couldn’t produce as cheaply as CIMC.

CIMC then showed innovative ability when expanding into specialized containers. To start producing refrigerated containers, it purchased a production line from Germany’s Graaff. In China, CIMC re-engineered the production line four times until it was ahead of competitors, both technologically and in terms of cost. By 2005 Graaf, was bankrupt.
​
A further recent example is China’s Broad Group, which has developed a modular building system allowing construction of a 30-story building in 15 days. No Western company can match that. To make the point, Broad recorded the construction cycle for YouTube – where it has been watched by five million people.
Far from being “no good at innovation,” China’s companies are among the world’s best at it. China is succeeding at just the type of innovation that is most important at its stage of economic development. As the recent outpourings of books shows, it wasn’t the case that China’s companies weren’t innovating; it was a case of analysts not understanding what was going on.

*   *   *
This article originally appeared in Shanghai Daily on 10 September 2012. Trends since its appearance have only confirmed its analysis.

A key feature of the  recent 19th Congress of the Communist Party of China (CPC), and the events ...
Read More →

A major discussion is taking place in China on the issue of its economy’s ‘supply side’. Naturally ...
Read More →

What is really behind Trump’s obsession with Russia

Two huge US geopolitical relations, with Russia and China, have dominated the early period of Trump's presidency. The strong clashes ...
Read More →

BRICS are more important for world growth than the G7

The annual BRICS summit, hosted by China in Xiamen on 3-5 September, is the second of two major ...
Read More →