​China at the 19th CPC Congress reaffirmed its immediate domestic goal as to ‘comprehensively build a moderately prosperous society’ by 2020. This forms a corner stone of China’s ‘new era of socialism with Chinese characteristics’. But to judge the international impact of this goal it may be noted that ‘moderate prosperity’ is a specifically Chinese term and therefore a criterion which cannot be judged in comparison to other countries. It therefore helps to understand the international impact of the ‘new era’ to also analyse China according to the standard World Bank international classification of countries. The results obtained by such comparisons are extremely striking and indeed strongly confirm that what is involved is a ‘new era’ – not only for China but globally. To be precise:
​

In order to demonstrate these developments, and avoid any suggestion of using exaggeratedly pro-China sources, all data in this article is calculated from the latest database of the IMF’s World Economic Outlook – a bastion of Western economics which cannot in any sense be described as under China’s control. 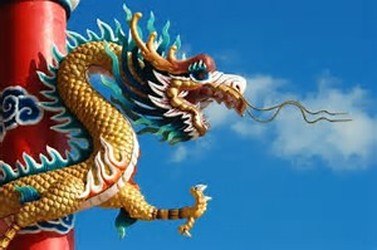 When will China become a high-income economy?
In order to calculate when China will become a high income economy by international classification it should be noted that the World Bank uses a three year moving average of exchange rates in its estimations – this is done to avoid the distorting effect of any extremely sharp short term exchange rates movements (the method is known technically as ‘Atlas methodology’). It should be noted that using this criterion China’s current per capita GNI in 2016 was $8,260 – fractionally higher than its 2016 per capita GDP of $8,123.

Evidently it is not possible to predict the exact precise three year moving average of the RMB’s exchange rate against the dollar in five years’ time (anyone who could do that would be so rich they would make Bill Gates look like a mere pauper!). Therefore, a certain margin of error must be allowed for, but the fundamental statistics are clear. By 2022 the IMF projects China’s per capita GDP will be $12,834. The IMF’s is a conservative estimate as it actually assumes a substantial slowdown in China’s economy, without justifying this, to an annual average growth of 5.7% by 2022. Taking this trend, and the relation between per capita GNI calculated by World Bank ‘Atlas methodology’ and China’s current per capita GDP means than in 2022, or slightly before or slightly after depending on the exact exchange rate, China will enter the ranks of ‘high income’ economies by standard World Bank international classification. But this, as already noted, will more than double the proportion of the world’s population living in high income economies.

Conclusions
The conclusion regarding the global significance of these trends in China’s economy are clear. More than doubling the number of people living in high income economies, which is what will be achieved when China enters that status, is in reality a transformation of the global economic situation. In short, the ‘new era of socialism with Chinese characteristics’ was designated from the point of view of China’s domestic development. But the reality is that it will also be a ‘new era’ from the point of view of the world situation.

*   *  *
This article was originally published in Chinese at Sina Finance Opinion Leaders.