Linkedin
Facebook
Twitter
This article, published in October 1991, accurately predicted that ‘shock therapy’ recommended for Russia by Western economic institutions, and supported by 95% of Western economists, would lead to economic catastrophe in Russia – pushing its economy backwards towards becoming a raw material producing appendage of the West. Determination that China should avoid any such economic catastrophe was one of my main motives for studying and being in China. Fortunately China took an absolute opposite course – showing the superiority of its economic thinking to the West. But the consequences of Russia following the advice of the IMF and other economic institutions led to the greatest economic collapse in a major economy in peacetime since the Industrial Revolution.
Russia’s economy contracted by almost 40%, male life expectancy dropped by  six years to only 58 by 1998, and in 2013 Russia’s population was still 4.6 million less than in 1991. Russia’s GDP growth over the period from 1991, the last year of the USSR, to 2013 was 1.0% a year – compared to 10.2% in China. In Ukraine, the second largest state of the former USSR, the result was worse. In 2013, Ukraine’s GDP was still 23% below its level in 1991 – i.e. Ukraine experienced net negative growth over a 22 year period. Major wars took place in Chechnya, between Armenia and Azerbaijan, in Georgia, in the Ukraine and a serious problem of terrorism continues to the present.
Few greater tests of the superiority of China’s economic thinking to the West can have been imagined. 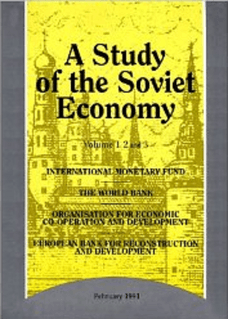 The ‘Anglo-Saxon’ political crisis – from Reag...

To become a high income economy China needs to study...

Why the US not China threatens world peace